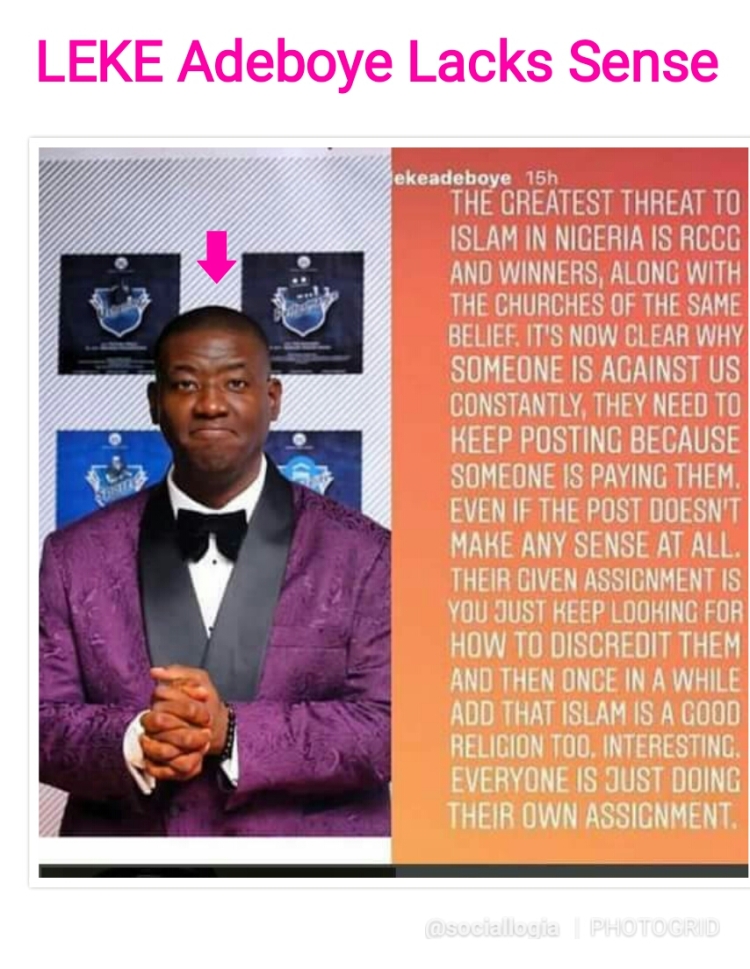 The Nigeria of the 60s has evolved to a volatile Nigeria, courtesy unintelligible remarks like that of leke and Most pastors in Nigeria who believe in the terms of pastor Johnson Suleman “when ever you see a Fulani man (Muslim Fulani ) kill him, cut his head.

I couldn’t have allowed Mr Freeze response to do the talking a lone.

Muslims in Nigeria have been so docile in ages even when Christian missionaries books from Britain in the early century of Christianity in Nigeria slandered them. Not once did Muslim return the slaps. Even to this point, books are written against Muslims and Islam by Christians. The common one is who is Allah . Muslim didn’t write who is this Jehovah or Yahweh?

These books and many others paint Muslims as forever evil because they are Muslims. What this implies is, Muslim are never good people; kind, truthful, tolerant. They are evil! The reason for this is because these people are “Muslims”.

In my shelf Alone, I have many anti Muslim books and different pamphlets. Leke and his teams shouldn’t mistake Muslim Patience for idiocy.
The template built by most Nigeria churches is that, what ever situation that you find yourself, IT MUST BE BECAUSE OF A SECOND PERSON WHO ENVIOUS  OF YOU.
Inconsistently, they also don’t imagine or get brainwashed that whatever Joy and Success you find yourself, it is because of a second person who wish and want good for you.
So, leke getting brainwashed by the set out tales inferred that it is Muslims that is paying Daddy freeze to knock them from their foundation, “Money”.

For leke, Since in their set out templates, if something Bad happened to a Christian, it must be another person. When it goes unfavourable in a way unsuspected or unorthodox.

Leke said RCCG and Winners etc are the greatest threat to Islam in Nigeria.

While some may say he is probably speaking about political occurrence, the assertion itself doesn’t have any angle of politics.

Leke should have known that the learned Muslim don’t see Christianity as threat. Rather, it is a threat to it self. Much like an implosion to occur. Catholic loss much of its followers because of the likes of leke’s Churches.

“The protestant churches wooed many of the members of the Catholic, because of this, the Catholics have imputed in their delivery some of the things that made its followers go to protestanism ” see Health and Illness of sociology/ Medical sociology by Erinosho.

The only Muslims that the protestanism are threat to are those who are below poverty line “absolute ” .
No Understanding Of Islam

Those who lack knowledge  of islam are fertile ground for protestanism. It is easy to lie to them (poison Islam to them) to make Protestant Christianity ELdorado .
Leke makes it seem like his protestanism is a Dynamite. Remove the ignorance of the Bible from most of its adherent , it will become as empty as a grave yard.

It is this pervasive ignorance that the church feed from; “seed and tithe”. Leke understands this, that is why he is uttering brainless words. When most Christians understand that the Likes of leke deserves not a penny of their wealth, the poor in every areas; hospitals slum, etc, deserves it. Leke may gone insane.
To wrap it all up; He thinks that Muslims sent Daddy freeze. His brain is very dysfunctional. The same thing he will never accept when it is taken to the other angle. Hypocrisy of double standard.

This was the very angle we established initially; Most Christian thinks when things aren’t going well with  them, an enemy is the causative force. In this context, a Muslim or Muslims in general.
When Apostle Johnson “Sulewoman” , met with Miss Otobo, Muslims were not the cause. After the flame of his desires where placed in the door post of his open Heaven, Muslims were Now painted as the cause.
I Remember vividly how a christian called Miss Stephanie Otobo a Muslim. It has been their legacy. If leke feels any Christian who challenge the actions of Nigeria church of Today is a Muslim, then he is living in fools paradise.

I challenge him to read Sharia debate in Nigeria by Modupe Oduyoye (A Biblical Christian). A book that was written to expose the intolerant nature of many Christians because of the hate they were brainwashed with about Muslims.

In fact, In one of the chapters, Oduyoye said; “Most Christians look at Muslims with great contempt. ”
This is so true from many Christian actions in different area, even in Nigeria  politics. Lekes Islamophobic slur is a testament.

The way many Christians hate to see Muslims on Hijab is an example. In fact, for 57 years in Nigeria, Christians prevented MUSLIMS from wearing hijab to law school.

The last was when Amasa Firdaus fought against this inhuman Christian colonial oppression. She defeated them.

The humiliation they went through that day was enormous and depressive before God grant them victory. One of the Muslim Girl hijab was pulled off by a Christian lady who started matching it with her feet in great disdain.

A Christian amongst many called furdaus Amasa  Taliban, etc.

May be Leke would vomit that Modupe Oduyoye was paid by Muslims to write a record breaking book, Sharia debate in Nigeria.
Femi Aribasala criticized tithing from the on set , that it is un-New Testament like. Leke may also say he is paid by Muslims.
Karl Marx called Religion as the opium of the masses. We hold that, Karl Marx was talking about Christianity and it was this particular kind of Christianity. The leke’s brand (Seed sowing and tithe paying).
We challenge leke to show us where Daddy freeze ever mentioned Islam is Good Religion. There is no time he Ever uttered such  Since leke wanted to make his slur Against Islam public, he had to lie  just to justify.

Clap for your self.
The greatest threat to Christianity in Africa is knowledge of the Bible by its followers. That’s what the west have experienced. That is why they don’t take it serious.

Leke is afraid of this. He knows how much it can cause a revolution; resistance to tithe and seed. 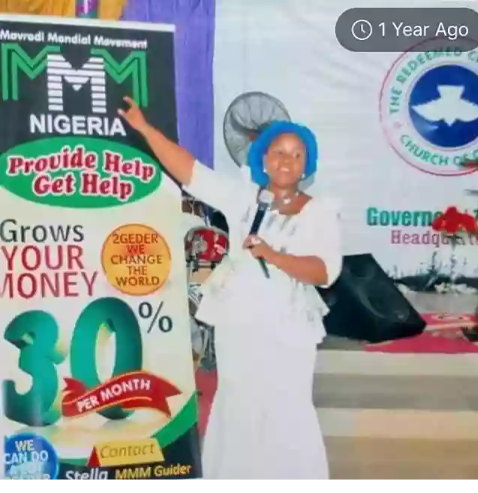 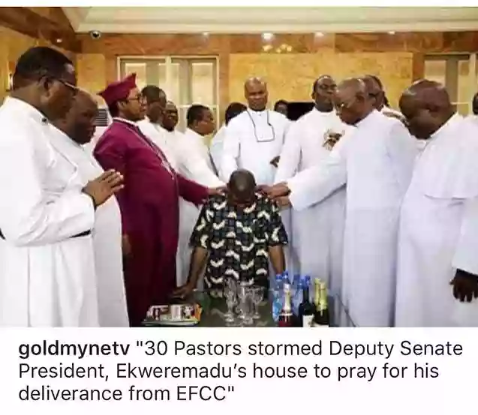 One thought on “​Pastor Adeboye’s son is Brainless and Unsmart ; Bn Sulayman’s response to son of RCCG patriarch ”